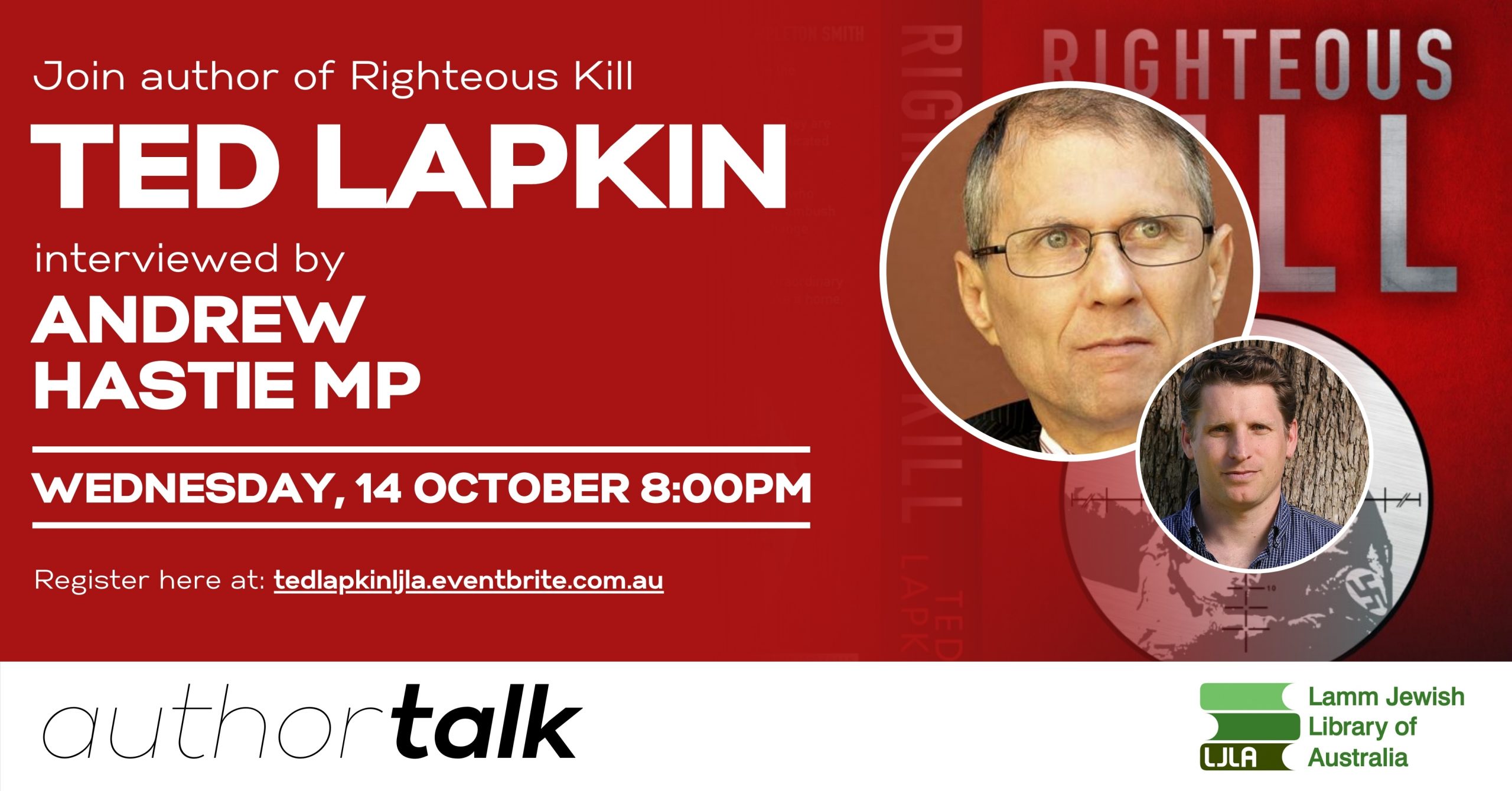 Join us on October 14 at 8:00PM for an exciting author talk as Andrew Hastie MP interviews author of Righteous Kill, Ted Lapkin, followed by a q&a via Zoom.

Righteous Kill is an edge-of-your-seat military thriller, which follows the daring mission of an Israeli commando force that travels back in time to save millions from the Holocaust.

Ted Lapkin spent the early parts of his childhood living in North Carolina USA, before he and his family moved to Israel, where he joined the IDF as a combat intelligence officer with the Golani Infantry Brigade.

He now runs his own consulting firm, specialising in strategic communications, reputation management and government relations.
Andrew Hastie is the Federal member for Canning in Western Australia, and since 2017, has served as the Chair of the Parliamentary Joint Committee on Intelligence and Security.

This event will be facilitated via Zoom, so make sure to register to ensure you receive your unique Zoom link.