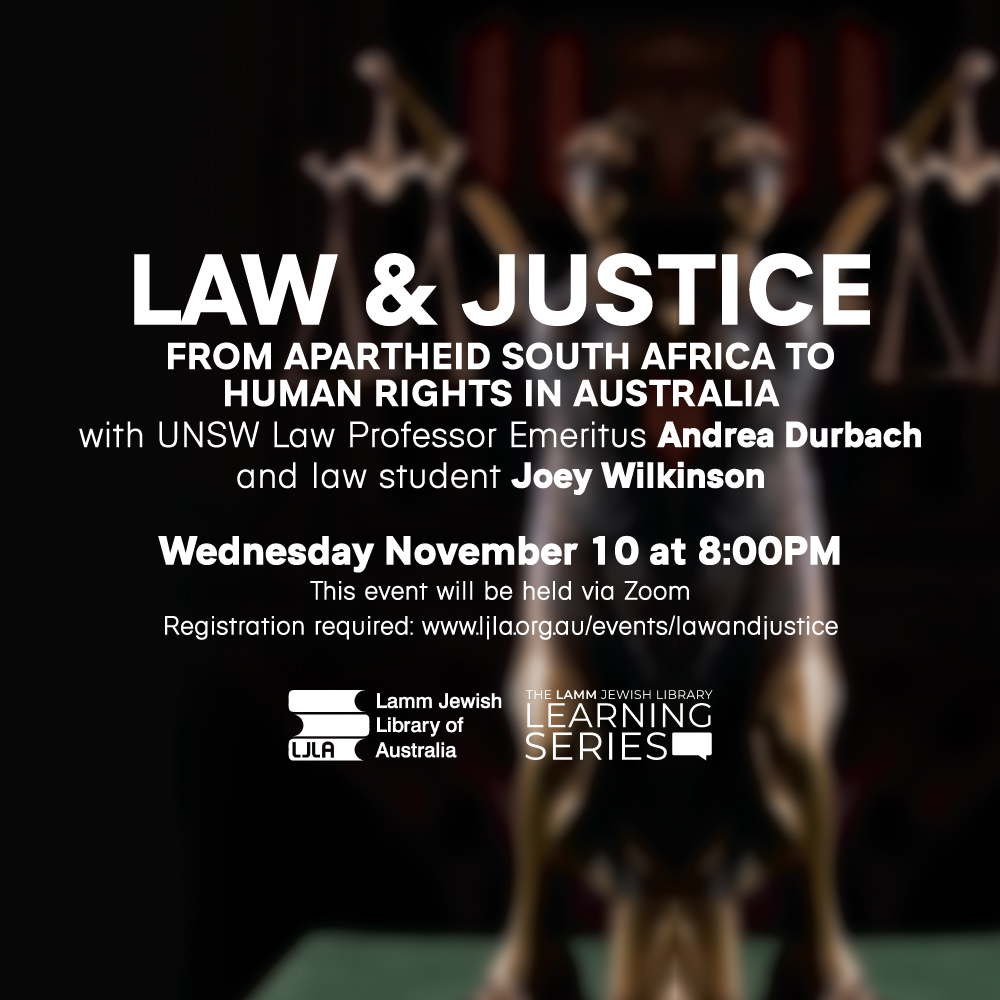 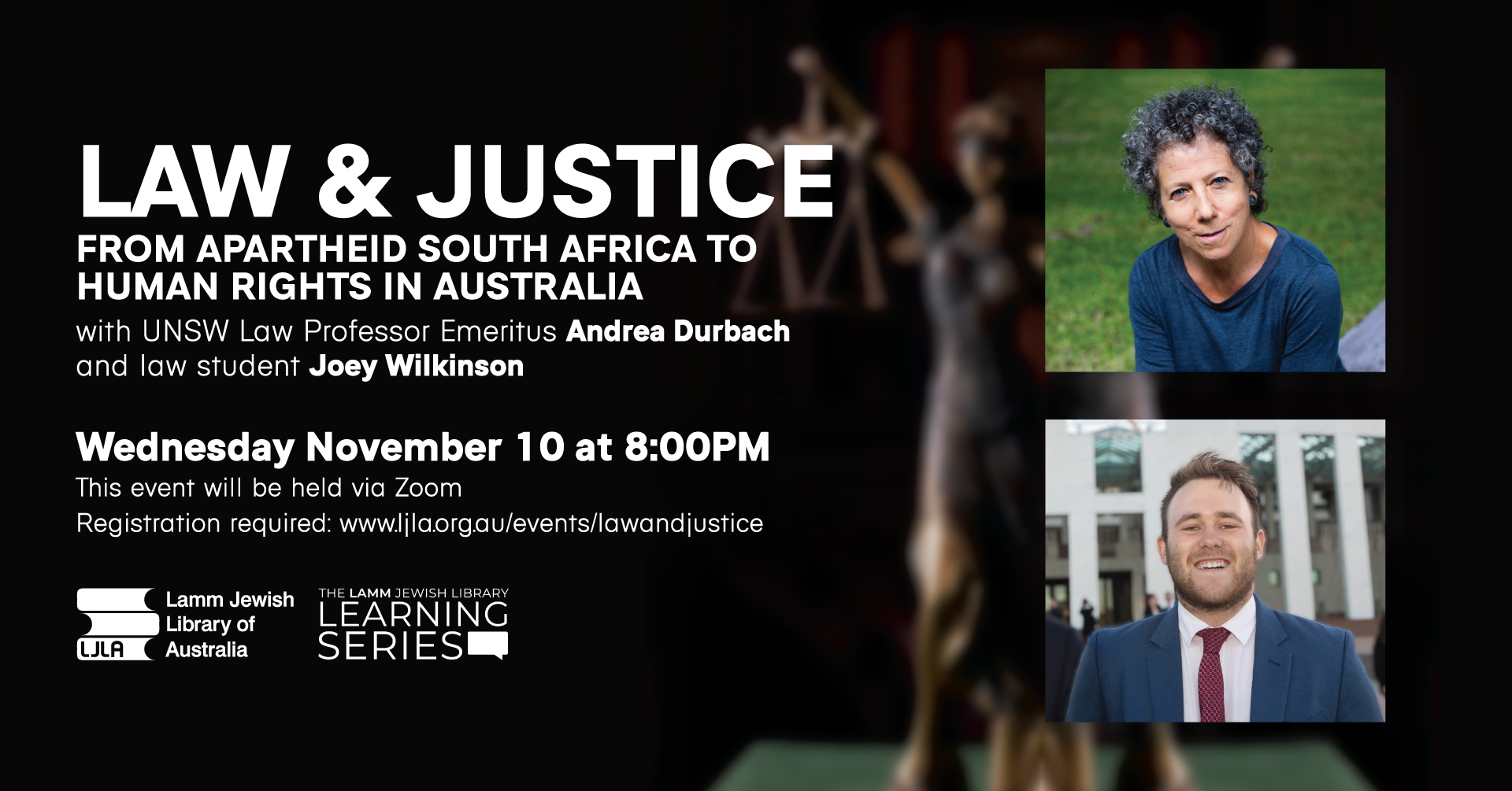 Join the pair as they discuss Andrea’s career fighting against Apartheid in South Africa, and her work fighting for Human Rights in Australia.

Andrea Durbach is Emeritus Professor of Law at UNSW where she was Director of the Australian Human Rights Centre (now Institute) (2004-2017). Born and educated in South Africa, she practised as a political trial lawyer and human rights advocate, representing victims and opponents of apartheid laws. After leaving South Africa in 1989, Andrea initially worked as a solicitor in private practice in Sydney before joining public interest litigation and policy institute, the Public Interest Advocacy Centre (PIAC) as Head of Legal Practice, subsequently becoming Executive Director. Andrea has held senior positions in the human rights field, including as Deputy Australian Sex Discrimination Commissioner (2011-2012) and has written on Indigenous rights and reparations, gender justice, public interest litigation, and health and human rights. She is a Foundation Fellow of the Australian Academy of Law and in 2013, was awarded the Australian Human Rights Commission Human Rights Law Award for her promotion and advancement of human rights in Australia through the practice of law.

This event will be facilitated via Zoom. Head to the registration link and fill in your details to receive your unique Zoom link.