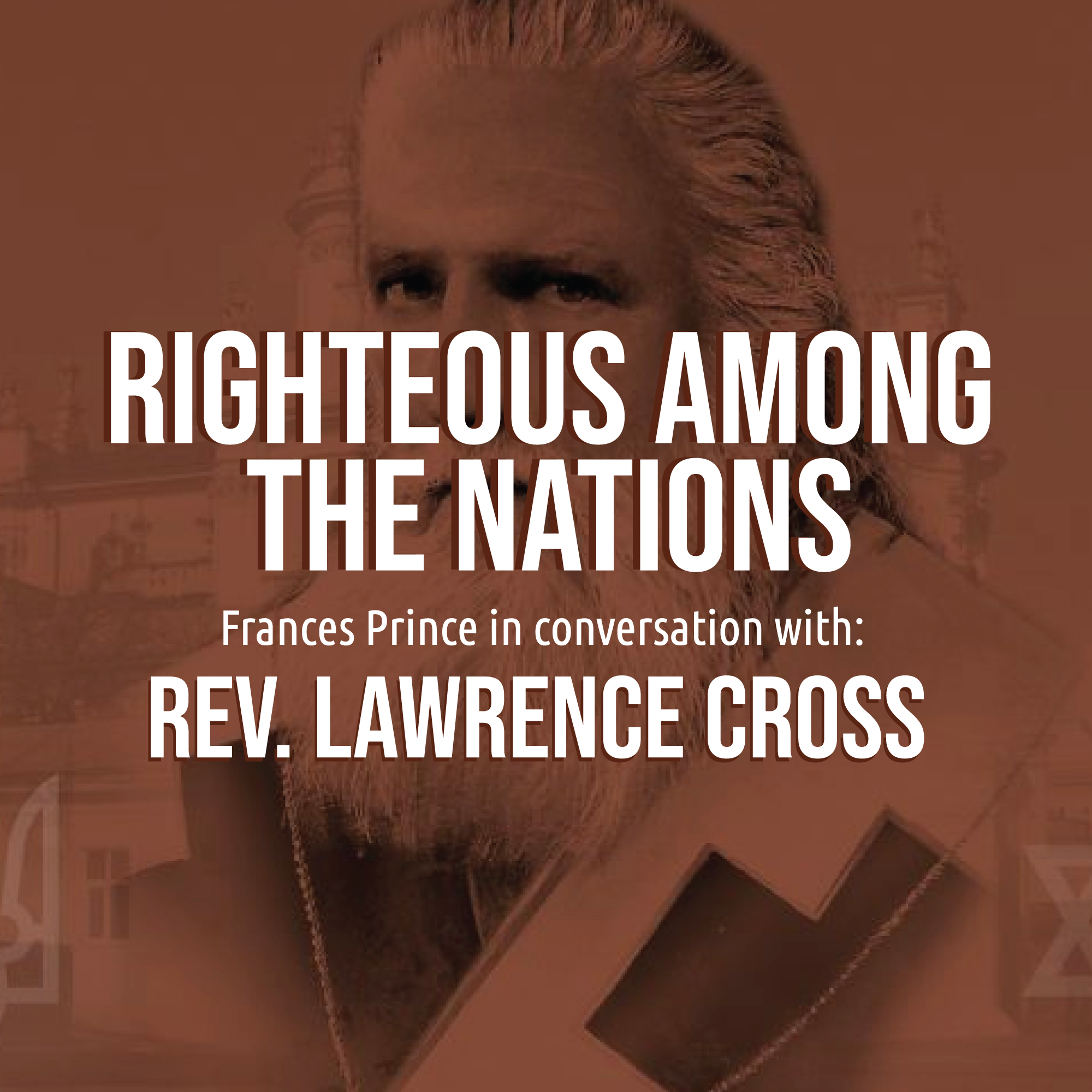 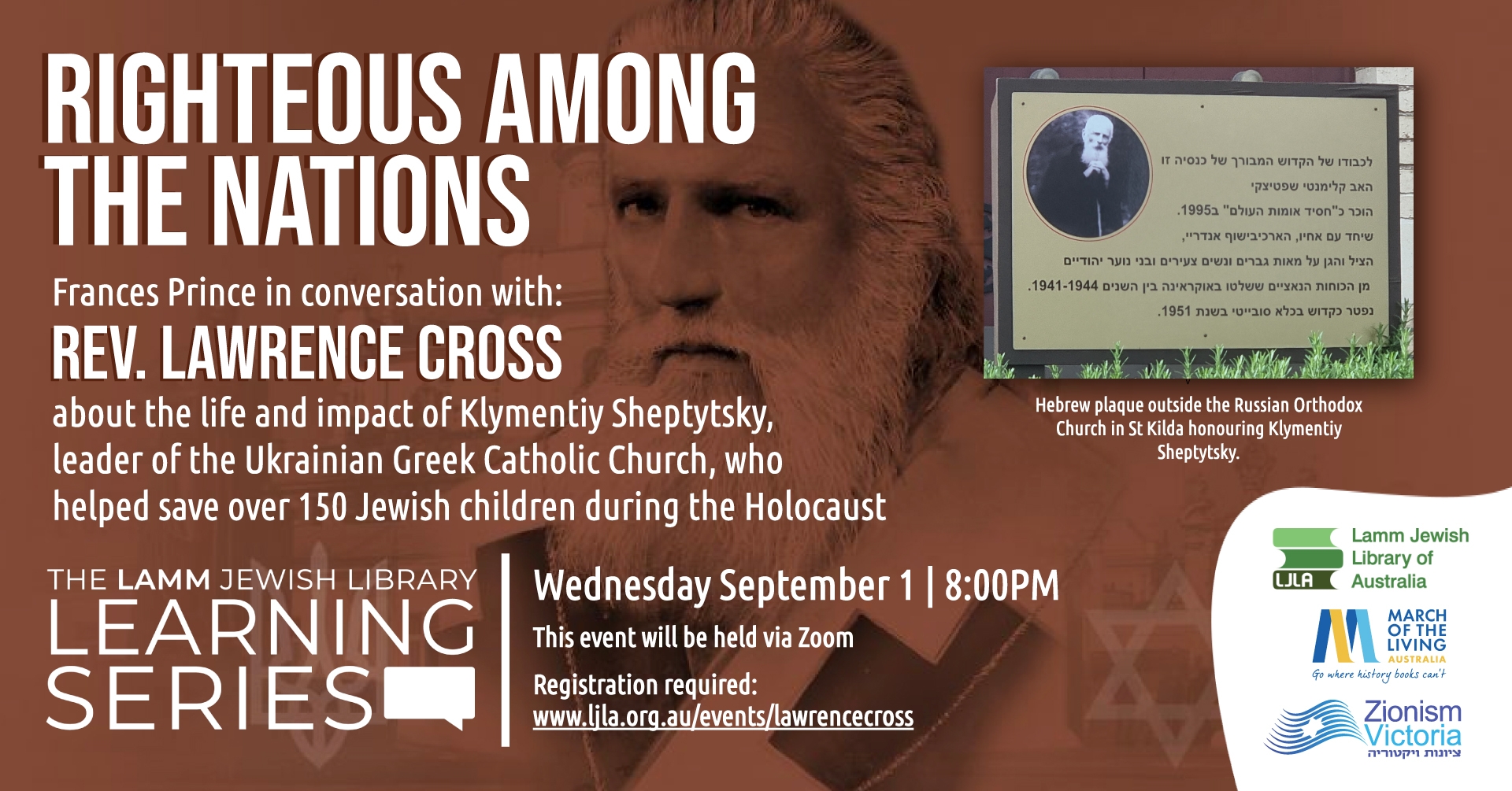 The Lamm Jewish Library of Australia, alongside March of the Living Australia, present Rev. Lawrence Cross in conversation with Frances Prince.

Join us as they discuss the life and impact of Klymentiy Sheptytsky, Righteous Among the Nations, who as leader of the Ukrainian Greek Catholic Church during WWII, used the administration of the church to save more than 150 Jewish children from the dangers of the Holocaust.

Reverend Lawrence Cross from the Holy Trinity-St Nicholas Church, the Russian Greek Catholic Church in St Kilda East, commissioned a plaque in Hebrew which is displayed outside the church, to honour the life of Klymantiy Sheptytsky. Klymantiy was nominated Righteous among the Nations by Yad Vashem for saving the lives of Jews during the Holocaust.

Frances Prince is one of the co-founders and educators of the March of the Living in Australia (2002-2009).

Frances holds the multicultural and interfaith portfolio on the JCCV and is a board member of the JCMA ( Jewish, Christian, Muslim Association) and co-vice president of the FCCV (Faith Community Council of Victoria)

This event will be facilitated via Zoom. Head to the registration link and fill in your details to receive your unique Zoom link.